Over the past several months, I have been playing with making positive changes in my life. In the process, I’ve learned a lot about habits, both positive and negative, and how to alter them. It is important when establishing new habits to make a commitment for a limited time. Open ended commitments are almost always destined to fail.The period of time I’ve been playing with for establishing a new habit is 6 weeks. After the original commitment period, one is fully free to choose, but by that time, the habit seems to be well established and the recognition of the benefit has had a chance to become obvious. 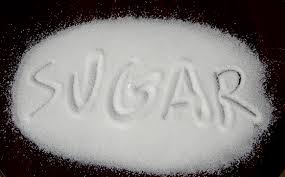 The first thing I took on was my sugar habit. It wasn’t extreme, but to me it was worth taking a look at. While flying into Kathmandu early this year, I made a commitment to myself to not allow added sugar into my diet while there. I made exceptions for a marginally sweetened chai tea in the mornings, but beyond that, for the 6 weeks that I spent in Nepal I was sugar free. The beauty of it all is that since returning to the US, it’s been pronouncedly easy to remain clear of sugar/sweeteners. I eat fruit, raisins, dates, etc., but what cravings I had have largely subsided. I could go back, but why go back to something that is actually harmful. (I won’t go into the downside of sugar consumption, but what is important is that I believe it to be unhealthy for me and thus would prefer to not ingest much if any of it). I haven’t necessarily quit sugar entirely as I’m not one to believe in dogmatic rule following, but the main observation that I have is how much easier it has become to say “no” to sugar. It has actually begun to become somewhat unpalatable. After a quick taste or sip, many things are simply too sweet for my palate.

Internet Addiction – and linking habits to effect change
Having noticed how strong the pull can be for me to be online, I decided I needed to make some changes. I did something pretty clever (if I do say so myself): I made a deal with myself that I would not allow any devices (phone/iPad/computer) into my bedroom and am not allowed to get online at all during the day until I have done at least 2 minutes of yoga/stretching. I had been recognizing the need for more physical flexibility as my joints aren’t acting as elastic as I’d like. I made the commitment for a limited time (6 weeks) and to this day, now approaching 3 months, have had no difficulty following through. I even extended the yoga period to include 10-15 minutes of deep passive hamstring stretches while checking my online communications.

Positive Consequence
This routine has had several positive consequences:

Flossing
I discovered the power of this “habit linking” game when I predicated something I already really enjoyed (brushing my teeth before bed) with something I wanted to do more of (flossing my teeth). The deal I made in this case was to not allow myself to brush my teeth unless I first flossed my teeth. No floss, no brush, no exceptions. Simple, but profoundly effective. Prior to making that deal I was an occasional flosser, but since making that deal last fall, I’ve only missed one night of flossing my teeth in 6 months, and that was a night where I had food poisoning and was too busy throwing up and laying horizontally to give a crap about flossing or brushing.

Further changes
When we start to act in ways which express a care for oneself, we naturally begin to feel our own value, which then makes us want to take yet better care of ourselves. Feeling emboldened, I’ve also:

There is a very important point, though, when it comes to habits, especially negative ones. I firmly believe that the root of self-destructive behaviors can generally be found growing in the soil of self-contempt. Although generally lurking under the surface of our awareness, self-contempt exists in most all of us to one degree or another, and engenders self-sabotaging habits. It can be difficult to stop smoking, drinking, lack of exercise, etc. unless we learn to truly like and come to desire positive outcomes for ourselves. That path can be a long one, but perhaps nothing in our lives is more deserving of our attention.

The bottom line on all of this is that I want to be free to choose rather than having unhealthy habits making choices for me. I don’t really want to surrender my agency to an unhealthy habit. I also want to make the most of my life. My time spent in Nepal earlier this year was a very productive and creative time for me, both in terms of my work with the Nepal Orphans Home, but also with my photography and also with creating content for this blog. It has inspired me to further filter out the extraneity in my my life in order to support a lifestyle more reflective of the person I am hoping to become.

Your net worth to the world is usually determined by what remains after your bad habits are subtracted from your good ones.