I just recently finished a 9 day retreat, and while on that retreat, I somehow became more oppositional than I have ever been. It was so strong that I could hardly sit in the main meditation/teaching hall, and certainly didn’t want to listen. A voice and a power has been arising in me which rejects just about everything. It has been quite intense, actually. The heart of my spiritual practice is one of self-inquiry, of attending to whatever is arising at each moment, allowing and remaining curious to the unfolding of experience. For me, it is the best way I have found to be awake to one’s life. Lately, the arising has been infused with a very strong self defining flavor but the energy has been moving to identify everything that I am not. “I am not this.” “I am not that.” The words have packed a punch too, with lots of F-words thrown in. Anger. Rage. Contempt. Annihilation. Opposition. There has also been a super-charged masculine energy too, both sexual and destructive. I’ve felt at times over the past couple of weeks, in turn, like David who slew Goliath, Goliath himself, The Incredible Hulk (whom I LOVE by the way for his rage and destructive power and capacity – all fueled by his grief and anger), Hulk Hogan (the wrestler who the more you hit him, the more powerful he would become), Godzilla, and even Jesus upturning the money-changer tables in the temple (not in MY house!). Like I said, it’s been pretty intense.

Here’s what I have been rejecting lately:

It’s been very intense at times, and I’ve just been letting it arise, rolling with it, giving it a voice, exploring it. It has begun to feel like everything that is not truly me is being questioned and is falling away. The other night, the day after the retreat, I went for a run, and half way through, found myself running, breathing and chanting in rhythym: “F*** Me F*** Me F*** Me F*** Me……..” I just let it come and move through me. For a mile perhaps. Occasionally interspersing the words with ‘F*** You F**** You F*** You…..” and some middle finger extension exercises thrown in for good measure. In trying to understand it afterwards, I realized that I am also rejecting whatever I am and have been that is not real, that has been sicklied o’er with the pale cast of need, fear, appropriateness, expectation, obligation. I am tired, and I am realizing that the tiredness is from having been something that I am not. I am utterly rejecting that, whatever that is, in whatever flavors it comes in. 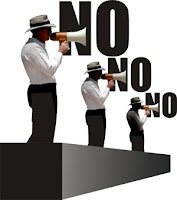 I don’t have much clarity on what I am, but what I am NOT is becoming more and more abundantly clear. In moving through all of this, I learned of the path of Neti Neti, which seems to have arisen through me irrespective of my lack of knowledge of it. It is a path of rejecting all, “I am not that, I am not that, etc.” until we realize that there is nothing that we are, until nothing remains, until perhaps we recognize that we are not definable, that there is nothing that we can truly identify with.
Epilogue: Things have settled down for me some. Near the end of the retreat, I was doing an exercise with a friend and I noted that I felt like I had survived a hurricane at sea, and my boat, with broken mast, tattered sails, no motor and the name scraped off, was somehow miraculously gliding its way back into the harbor and into my slip where I could curl up and take in a well earned rest, perhaps more simply as me.