On my way returning to Kathmandu, Nepal to work with Nepal Orphan’s Home on using Khan Academy with their kids.  While traveling there from London, I just barely caught my connection through Delhi. In the airport there, I noticed three distinct things: 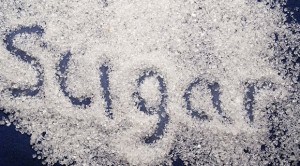 And speaking of attachments,  I decided on this flight to stop eating sweets and added sugar during my time in Nepal. I’m not making a commitment longer term than that, but I think this will be a good opportunity to clear out what addictions or attachments I may have to sugar and see how I feel afterwards. Limiting added sugar has felt like the next logical frontier in improving my diet and long-term health and energy. I have found that I often have cravings for sweets, but also that I generally feel like crap after eating them. When I decided for health reasons to stop eating cheese for a while, I began to notice how intense the craving and compulsion was for it. It took about 1 or 2 months for me to walk past the cheese aisle in the grocery store without being drawn in. Although I do eat cheese now and again, I no longer buy it and have no compulsion to eat it whatsoever. Although I don’t know for sure, I think that sugar will be the same even though the attachment may perhaps be stronger.

My hope is to break that compulsion feeling which arises now and again. My caveat while in Kathmandu will be that I’ll allow myself sweets if part of a special celebration or if someone personally offers me sweetened Nepali tea.  Sometimes, times away from home are the best for making changes. I find it can be easier to establish new habits when removed from my familiar environment, where old habits are otherwise naturally reinforced.

I still crave sugar. It is the hardest addiction (other than unhealthy relationships?) that I’ve struggled (am still struggling) to overcome. When I haven’t had sugar for a while, and then do, it tastes so sickly overly sweet, like when I tasted your mango django dealies. But I get irritable and anxious and something GNAWS at me until I go get a fix. I try staving it off with pure dark chocolate, drinking lots of water and stevia-sweetened teas, chomping on an entire jicama root, but nope, I WANT SUGAR.

And maybe I’m addicted to starch as well. There’s sugar insidiously in /everything/. Bread, every sauce, pretty much anything with an ingredients list. I finally found a brand of mayonnaise that doesn’t contain sugar. Living and eating with Jon has made me acutely aware of the sugars in everything.

I have higher priorities than my fulfilling my biological primate cravings for sugar. It is unnaturally abundant, but I am still wired to WANT MORE, and whoops, there it is. So available.

As to making caveats and starting out with loopholes, I’ve found (even though I don’t bring any sugar home) that I easily celebrate “holidays” every direction. Oh, my friend offered me tea and a biscuit; it’s a holiday! Not eating sugar in India is going to cut down on Every Single Food Item, unless you cook it yourself from scratch, every time.

Best of luck, and in non-sugar solidarity!
Molly

Molly, thanks for your comment on sugar cravings. It’s a battle, as these impulses come straight straight from the pleasure center of the brain. No different than crack and sex in that they always lead to wanting more. Sometimes thinking about the biology of the brain and recognizing that we are simply driven in many ways by wiring helps me to fend off impulses which may be destructive. Sometimes, I can say to my brain, “oh no you don’t!” with a finger waggle.

In a place like Kathmandu where I’m not as in control of my food options as meals here are largely served to me, the best I choose to do is make conscious choices. I try not to be dogmatic about these things unless it’s truly what proves to be required.