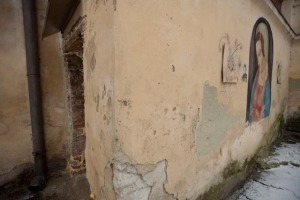 Off I go – onward from Ukraine. I really had a wonderful time there, especially in terms of adventures of the heart. Beyond relationship, though, Ukraine, while interesting to me, is just not a place that touches my heart so much. It’s beautiful, can be romantic in beautiful cities such as L’viv, and has lovely countrysides, but there is also a predominate heaviness to the place. The heaviness is not just a 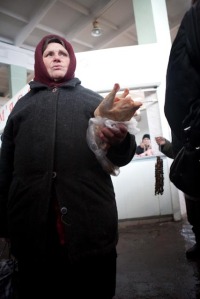 “I’m a taxi driver stuck in traffic” or “it’s too cold to even think about smiling” heaviness, but it feels very old, very embodied, very generational. As plants grow from the nutrients of their soil, so too does Ukraine sprout from heaviness in it’s soil, from suffering, or so to me it feels. There are many people there who have sprouted and flourish who are obvious exceptions to this, but as I sit on this plane now heading for Istanbul, Turkey, I am glad to be leaving the soil there. Although sad on one front to leave, I am also feeling lighter and glad to be moving on elsewhere to hopefully lighter, more nourishing soil.

I’ve been itching to go to India, I think largely because of the almost polar opposite experience I have of the soil there. Life there sprouts from a soil fertilized with prayer, devotion, and thoughts of generating positive merit for oneself, family and ancestors. I may not make it to India this time, but I mention it here simply because the contrast is quite notable.

It was interesting to me how my blog took on a relationship flavor while traveling in Ukraine. I have always shied away from having that part of my life, and my personality within that part of my life, exposed. It took me quite a bit of time to actually start cracking into that mode of public exploration, but once I did, and people started commenting somewhat extensively to those posts, I felt encouraged to write more and lay even more on the line. I didn’t write very much about specifics as I still consider relationship specifics as being more private, but my own workings within such a framework are what I can be curious about in my writings. In a way, I am glad that I wrote as I did, for it made it very clear to me how truly I want to grow through my own relationship issues. I may not have solutions that are fully clear yet, but the more open I am about things, the more aware I become on a daily basis of my own inner workings and reactivities, the more they lose their power, and the easier it becomes to have open conversations about things which heretofore had been considered more “taboo.”

There is such a liberation in the truth, in speaking the truth, in letting everything just lay there on the surface to be seen. On a couple of early mornings on this trip, I awoke feeling fully overexposed and vulnerable due to my writings, but those feelings soon passed and have generally been replaced by feelings of liberation. I was so happy to read the other day on the internet of the American baseball player Mark McGuire admitting to having used steroids during his baseball career. Mostly I was happy for him, for he has spoken the truth, and now he can live a life which is so much more clean, without the weight of dishonesty upon him. When praise or success which we receive is based on something which is not real, I believe that something inside ourselves becomes very self-rejecting. It is a quiet and subtle psychological response, but as subtle and hidden as it is, it is equally as intolerably powerful in it’s ability to undermine our lives. When the truth is spoken, self-rejecting v 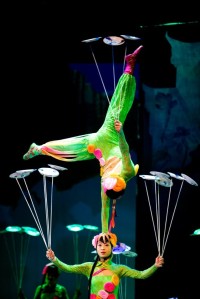 oices may try to appear (as mine did in those feelings of being overexposed) but they have so much less power. Life becomes a “here I am, take it or leave it” affair rather than a circus act of keeping the plates all spinning at the same time, and trying to control how we present ourselves to all the different parties of our lives. It is liberation and I strongly encourage it, in whatever form it should take. When I speak about speaking the truth here, I am speaking about our own inner experience. Telling someone else that you don’t like their new haircut is an entirely different thing. There is something in Alcoholics Anonymous about admitting the truth to yourself and to another human being. So much liberation is gained by speaking the truth. I just happen to opt to speak it here to many more than just one other human being!

So onward I go. Now that I am on my way and have reserved a hotel room for my first night in Istanbul, I am getting excited about exploring a new place, a new culture. One of the things I am most excited about is to spend some time in meditation in a mosque. I believe my hotel is near the “Blue Mosque” and hopefully I’ll awaken to the call to prayer in the early morning. While relationship can be a great opportunity to grow as people and to learn to love (which is truly the heart of my spirituality), it also can take me a little further afield from my own inner relationship. The thought of being in the midst of holy places such as the Islamic mosques in Istanbul – where I can again walk amongst people whose lives are largely devoted to God and goodness – is something that brings a smile to my chest and a greater lightness to my being as well.

Not, of course, to mention Turkish baths, mint tea with honey, hummus, bazaars, and just seeing life unfolding in each moment in a way that I never have before. So much to look forward to.

2 replies on “Speaking the Truth and On to Istanbul”

India is drawing you even as you make your way to Turkey… so why Istanbul?

My grand parents were from Hungary – the heaviness you site in your piece always was present within them and their friends who had immigrated from the region. They would laugh big hearty laughs, but for the most part, they were very serious people who never seemed to have any desire to escape that cloak they wore. What I saw as oppressive, brought them a sense of warmth and comfort they were reluctant to let go of.

Funny you say that. I spent a lot of time in churches in Eastern Europe last summer and the more I explored the heaviness there, the more I learned than people just like comfort with their struggle. It's not about getting out of the struggle as much as it is just being comforted within it, or so it appeared to me. As to why Istanbul? It's a natural stopping place for flying from L'viv to Sri Lanka / India. I had to book separate legs of the trip myself to save money so I ficured since I was doing it that way, why not check out a new place at the same time, and I didn't need to get to Sri Lanka until Monday morning, when the Indian Visa office would again re-open so I had a little time to kill.