Once again ancestral grief rears it’s pain again through me. If you’ll recall from a recent post about bringing some of my mother’s ashes to rest with her first husband Joe at a military graveyard in France, I discovered then how much grief I can carry for something that I have not personally suffered, but rather which has been suffered by others in my past.

Today I had synagogue services with 6 of the 29 remaining Jews in the town of Khotyn, Ulraine, or Khotyn, Bessarabia as my grandfather would have referred to it when he lived her from his birth in 1900 until 1920 when he and his remaining sister and brother left and migrated to the United States.

Of the 6 Jews at the synagogue, 3 of them had each spent 4 years in a concentration camp during WWII. It was a camp in Romania which began with the letter V (I couldn‘t quite make out the name).
They said they weren’t so bad to the Jews in that camp (which might explain why the 3 of them had survived), but Fonya told me with tears in her eyes how her sister who was 2 years younger than she died while in the camp. She also told an absolutely horrendous story of how her father was in the camp somehow managed to trade one of his mother’s dresses for some milk and flour. The guards at the camp found out about this and broke the milk and beat him very badly. To me Fonya has the sweetest eyes, yet they’ve known so much pain. She radiates humanity to me, yet she has suffered immensely. 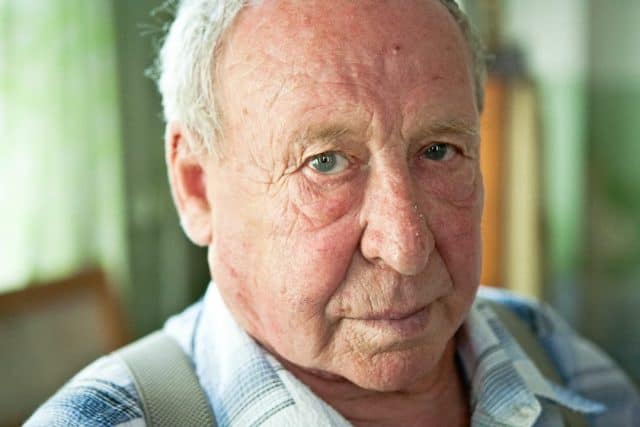 It was very dear for me to be with my people, as clearly that is what they feel like to me, my people. One of them bore a resemblance to my father’s friend Griesha, whose parents were close friends with my grandparents, and even shared similar mannerisms of speech, laugh and shrug. Family.

This may seem obvious to you, but I’ve learned since I’ve been here that Jews and non-Jews alike see them as a separate “nationality.” In America, I have always considered being Jewish a religion, but the Ukrainians I asked as well as the Jews here think of Jews as being their own nationality. I’d always considered myself ¼ each of Russian and Romanian (now learning that it’s Bessarabian), but in fact, according to these people, I would not be ¼ Russian and 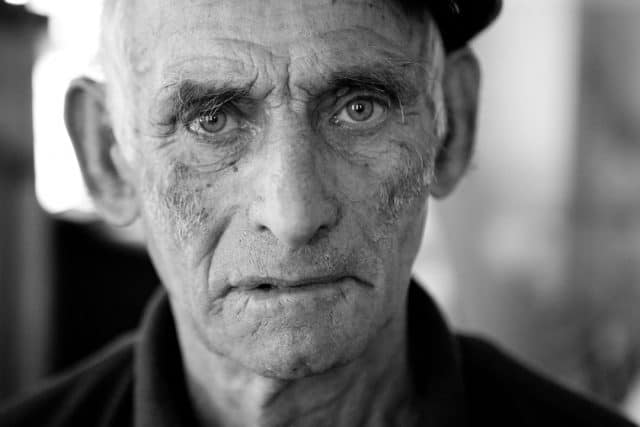 Bessarabian, but ½ Jewish. Confusing because Jews have a thing about not being considered Jewish if your mother is not Jewish which mine is not, yet if it’s a nationality than what does that make me? Perhaps then I am Russian and Bessarabian after all. Whatever the interpretation, I love to keep saying “they are my people,” for that is how it feels in my heart, the Jews of Khotin are “my people,” and it is them that I hate to leave. I want there to be a big reunion for all the descendants of Jews who once lived there. How amazing that would be.

And no small reunion that, for I learned yesterday that there were, when my grandfather lived there, 35,000 people, including 18,000 Jews. It was really a thriving Jewish town. Today almost all of the Jews are gone and the Ukrainian population largely remains. I asked, stating that I knew the Nazi’s were horrendous in their treatment of the Jews, but how were others, the Russians, the Ukrainians, the Romanians? What I found out is that probably 90% of the Ukrainians were supportive of the Jews and it was about 10% of them who ferreted out the Jews to the Nazis either for their own beliefs or their own betterment. I also learned that after the war when the Russians were in charge of the area, having received the area (or taken it) from the Romanians who had governed it since 1918, that the times were pretty good for Jews there compared to how they are now under Ukrainian rule. Under the Stalinists, the Jews could hold important government jobs, and there wasn’t nearly as much corruption and plundering of public coffers. It was tricky asking these questions through a Ukrainian interpreter, and I acknowledged as much, but it felt too important to not ask. My interpreter was very disheartening to me as whenever she would tell me their answers she always tried to make a point of telling me her beliefs as well and how she believed some of the thinking of these people was errant or misguided. For example, she told me that she thinks that the reason these people think it was better under the Russians is that they were young then and now that they have lost their youth they no longer have it as good. After the entire Synagogue time, she and I were talking and I asked her what she learned this morning from listening to their stories and being in their synagogue, and she said she learned nothing, that she knew everything they had talked about already. I probably learned 100 different things if not more. It was very sad for me to see how generational closed-mindedness can continue. These things don’t just end with a war or a pogram or a couple of generations. Sad. Perhaps for me actually one of the sadder parts of the day.

So on to the ancestral grief, the more difficult part of the story…

After services, I was on a small bus returning to Chernivtsi from Khotin and was listening to a shuffled play list of songs on my iPod I had put together for traveling Europe. The song “Stronger Now in the Broken Places” by David Wilcox came on and I was touched deeply. There is something about all the brokenness which has happened in the past in my ancestral history which has been touching me as I’ve been exploring here. As the song was playing I couldn’t help but think of Fonya and carrying the brokenness of her childhood and experiences in the concentration camp and I broke down. I was feeling her broken places and the broken places of the others as well, and feeling the “stronger now-ness” within me. Remember I say these are my people, and their losses are my losses, their grief is my grief, their joy is my joy. The concept of being “stronger than ever now in the broken places” is something that resonated with me as I feel I am a manifestation of that strengthening. Much is passed from generation to generation without our being so aware of it all. And I also firmly believe that one generation picks up where another left off, so the possibility of my being stronger now in the places where they were broken makes sense to me, and that is also how it feels to me. There is a line in the song which states, “maybe where the heart breaks in two, that’s the only place grace can get through.” It did today.

The next song was a surprising one to have such a strong effect on me. My dear friend Elzy Love and her previous partner and also friend of mine Phoenix Murphy wrote and recorded a very upbeat gospel song called “Keep on Living.”

I sobbed on this one, a good one, and people on the bus must have wondered what they had gotten themselves into, but it touched me so much because again it felt I have the generational opportunity to feel the past and move us beyond that as a people, to “keep on living, keep on working, keep on loving, to keep on growing strong.” The other option of course, is to not work our way through this as a people and to continue to carry and pass the grief, pain, anger, resentment forward. I’m not saying we have to let go of the grief, on the contrary, I believe the way to move beyond it is to actually move through it and “metabolize” it. And the choice at any point is either to resign to it all, or to “keep on living, working, loving and growing strong.” And LZ is an amazing being, worthy of at least an entry of her own in this blog at some point, for she has overcome a difficult background, racism and an array of other “isms” and is the person whom I know who is least vulnerable I know to being knocked down, due to the deep strength of her faith and love. Having her send this message to me made it all the more loving, supportive and powerful.

So onward I go, somehow open to being fed not-fully digested meals from my family’s past and moving it through. I don’t feel heavier for it, but in fact feel much lighter, more free, more liberated, more thankful, more alive.