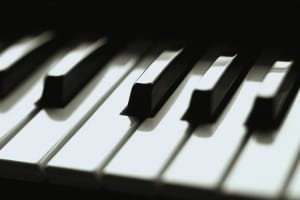 (written 2 days ago) I will be performing in a couple of nights, playing the piano and singing at a restaurant/bar in my town and I’m excited about it. It’s been a journey getting to this place again, and the journey continues as I move towards the actual evening. I’ve been noticing the tendency that I have to contract or subtly collapse when I think about moving forward into my life in a more public way. It’s strange, but as I’ve attended to this impulse, the power is much stronger than I would normally expect from something this subtle or or something normally hidden from view. The way it shows up is that I’ll have a thought about a project I’d like to undertake or an event that I’d like to put on and quite quickly there will be some sort of internal thought or monologue which somehow shoots it down or voices some sort of insecurity. Instantly, or what seems like faster than instantly sometimes, there will be a very subtle contraction that happens and I’ll back off of whatever it was. The best way I can describe it is that it is like the subtlest of collapses, and it is physiologically located in my solar plexus area.

I’ve often written about Support and how vital it can be for me to manifest in my life, and how my deepest expectation is that it simply wont be there and that I’ll have to be responsible for myself. Somehow, a voice, a presence, has arisen in me which is not allowing what I deem “the collapse,” and it repeatedly says throughout the day, “you will not collapse.” It’s like an internalized Support that is arising to keep me moving forward into my own life, and which gives me the courage to continue stepping forward in ways that I’ve historically found difficult.

Thus, I’ve booked a gig, my first in several years, just me playing piano and singing. It’s a symbolic yet practical step for me, as it’s a way of bringing one of my most natural expressions (singing) into the world and sharing that with others. It’s a way of saying to to myself in the world that I will not allow myself to be held back by my own hesitance without the more-supportive me standing up and making a bit of a fuss.

And now the trick is to actually show up in a meaningful and authentic way, rather than shrinking or holding back in my performance. I just want to be authentic, be real, be true to myself and share some form of the integrity of my being through this performance. One of the things I love about this life, and there are many, is the opportunity it affords us to expand and grow beyond our normal somewhat contracted way of being and become something more, something bigger, something more true, more authentic.

The phrase “Taking My Space” has been coming up a lot for me lately, and I like it, as it reflects taking our rightful place, a place we are fully deserving and entitled to inhabit. By space, I don’t necessarily mean physical space, but rather a claim to the energetic space that our true life energy and capacity would otherwise naturally inhabit were it not for our reservations and hesitance.

I had a wonderful talk with my friend Thoth  the other day. He’s definitely a role model for the world for allowing one’s true expression to fully manifest. He was deeply supportive, encouraging me to just show up as authentically as I can, with a full expression of my heart and talent. He ended our time together with an encouraging “shatter a leg!” 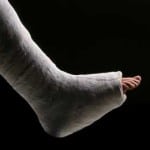