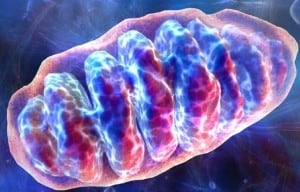 I’ve continued to be on quite a ride since returning to the states, but, at least for the moment, I seem to be coming through to someplace. Where, I’m not sure, but someplace. Lately, I’ve had this regularly occuring feeling of being disintegrated, of being dismantled in a way, like a 100,000 piece puzzle that’s been taken apart and put into a box and shaken up. Slowly it feels like there is some re-integration happening, like the edge pieces of the puzzle are just beginning to form the new shape. The picture on the puzzle seems to be very different than it once was, but I really don’t know yet the form it’s taking or what that picture will look like. It’s a pretty trippy experience. From the outside, I don’t know that anyone could see what’s happening, except perhaps as signaled by my more reclusive behaviors as of late. While all of this may in part be related to my travels and returning back to a culture which is at times disturbingly externally oriented, that which is happening definitely feels like it’s much greater than that, something much more related to my spiritual path, a path which is forever moving, sometimes slowly, sometimes at Godspeed, towards a greater dissolution of the self, the personality, the mind which has no capacity in the present but can only reference reality on its past experience or on a future that it believes it understands or can control. As more and more of my old ways of thinking and being are falling away, what remains is more pure, more simplistic, less reactive. The more I’ve sat with this, the more I’m starting to believe that I’ve struggled lately because there hasn’t been anything very concrete to hold on to, by which to define myself. It definitely feels like that jumbled up puzzle – where it’s not clear what I am or what shape I am going to take. It may sound strange, but I’m almost defined by exclusion in that I think I understand more about what I’m not than about what I am.

This morning I woke up with a renewed sense of freedom and liberation. I don’t know why things move as they do, and why relief from the struggle shows up in the miraculous ways that it does, but it does, praise Grace. Just the other day I somehow had the courage and support to allow something incredibly deep and painful to come to the surface. It was the feeling of aloneness, and I felt it in all of it’s piercingness, its anihilating capacity. The feeling wasn’t at all about literally being alone right now, or about relationship or anything like that. It was something much deeper and primordial than that. I don’t fully understand it but my sense is telling me that it has to do with feeling how completely empty the life of the ego has been for me. I think I was feeling how devastatingly futile life is when lived from the perspective of the ego/personality/mind. I think also that the grief which arose was also related to losing this good friend of mine, this personality, who has fully deceptively acted as me for so long. This aloneness arose and through not turning away from it and rather allowing it to fully express itself, I think I was in a way washed clean. I don’t feel fully dried off and reintegrated at the moment, but I think that is the direction things are moving.

There is such a power to deep inner work. A friend of mine tonight in my local buddhist group mentioned that for the past year he has been consciously not turning away from whatever is difficult. I so respect that. It doesn’t at all mean that we attach ourselves to suffering, but rather signals more of an allowance of everything that is, not just that which we find comfortable or convenient. Whatever is difficult has value since it points to something which is off in our perception/identification. Nothing is really difficult, at least emotionally, except as our past experience, judgments and fears would lead us to believe.

It feels like I am slowly beginning to emerge from the cocoon, or at least feeling the mitochondrial urge to do so.